(My Humble Hands, Lord)
Here are my humble hands, Lord
Chosen to receive your creation
Here is my open mind, lord
Learning hard to master all
I am your instrument, Lord
Hold me as I bring forth a life
Sharpen my mind with knowledge
To maintain my standards high

REFRAIN:
Keep me committed to service
Advancing the art of my craft
To foster women’s advocacy
And the welfare of your flock
Fill my heart with compassion
Bless my soul with power to give
Grant me the dedication
To uphold the things I believe

In 1973, the Society officially adopted a song entitled “The Song of Ev’ry Obstetrician (Let there be life)” composed by Dr. Felicisimo Y. Guevarra, an Obstetrician. It was first sung at the induction of POGS officers on January 26, 1975 at the Diwata Hall, Sulo, Makati. 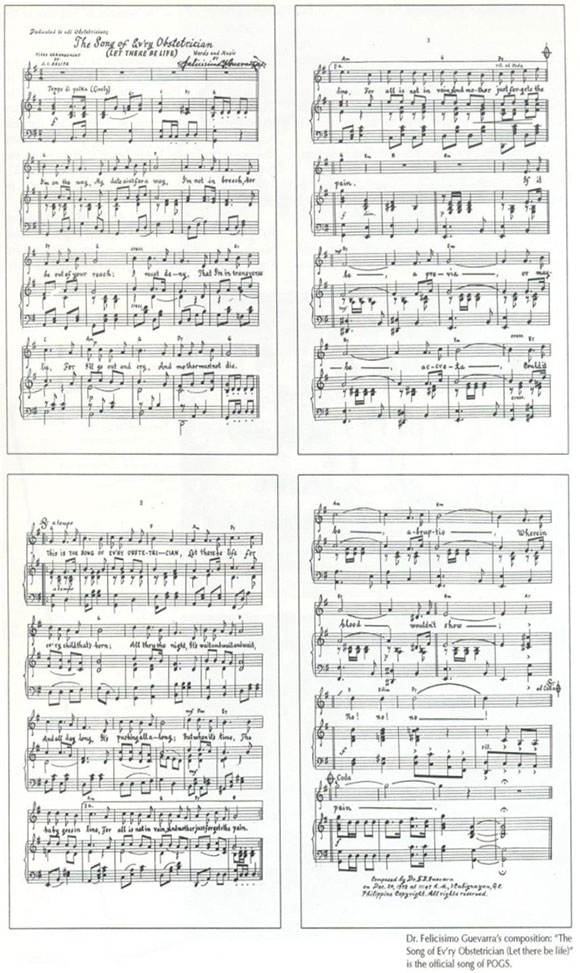